Mufty Mathewson, IACC Historian, determined that she did care and wondered what an 80+ year old might do to help. She decided that as a photographer she could take photos of red dresses. So she began. Mufty read more about the REDress project and learned that REDress means to “right a wrong.” She went to the nearest 'next to new' shop, bought three red dresses and began photographing them in different locations. After a month or so, Mufty posted several images on the IACC website and invited IACC members to join her. ​​​This was the beginning of the REdress Photography Project, a local spin on Jaime Black's original REDress project.
CBC News Clip: Oct 2, 2015
ReDress Photography Project: Facebook
​​Numerous IACC members have been taking photographs of red dresses since January 2015 to honour the memory of 1,181 Missing and Murdered Indigenous Women.  Members include: Brenda Jackson, Wendy Royer, Colleen Sayer, Fred Rushworth, Bob Royer, Mufty Mathewson,  Hedy Bach, Heather Turner, Michael Frost, Linda Treleaven, Lynette Jonson, Quincey Deters, Steve Ricketts and Tina Cho. 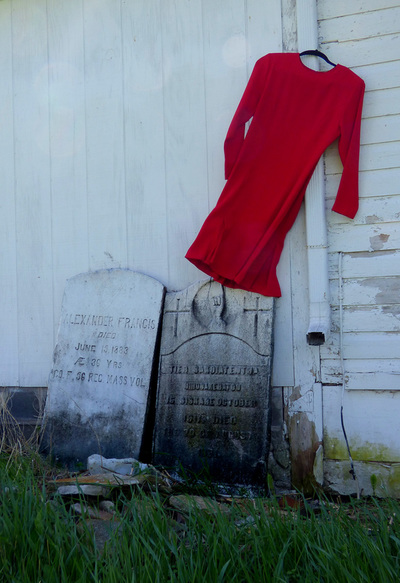 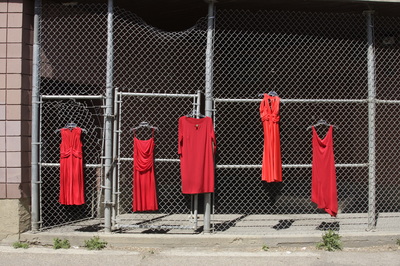 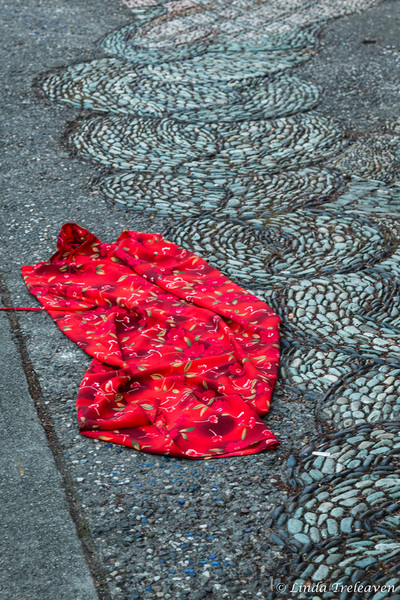 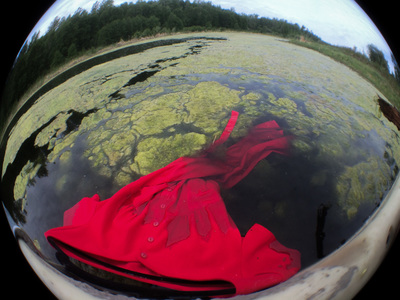 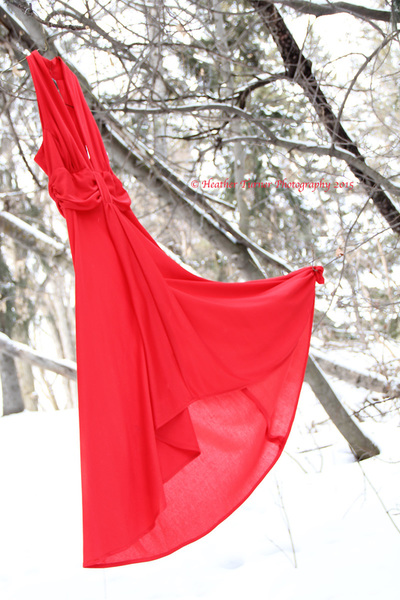 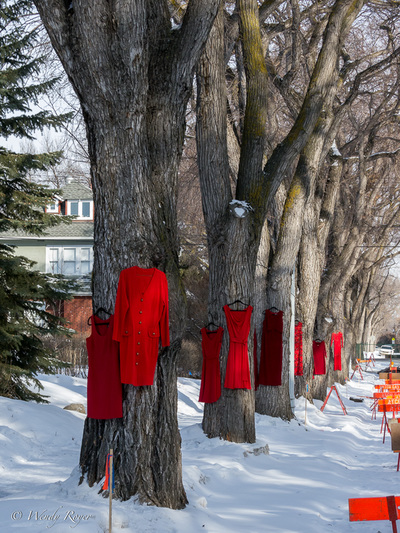 ​We have now 181 photographs on 10 composite boards and 77 individual enlarged images in our collection. That means 258 printed photographs of red dresses in total. There are many, many, more on our website.
Article about Mufty's trip to the Human Rights Museum in Winnipeg.
REdress Photography Project
The Ripples of Loss works are a vivid visual departure from Terry McCue’s previous practice. After an exchange with an artist friend (Mufty Mathewson), McCue became compelled to paint these intense, brilliantly coloured images to raise awareness about the missing and murdered Aboriginal Women of Canada.

The resulting sombre and striking works emit the ghostly forms of the women dressed in red in an ever-changing landscape. McCue reveals the women in traditional aboriginal ceremonial attire: Ojibwa Jingle Dance dresses, Plains Cree tunics and cloaks. The skeletons of their spirit animals accompany them—sometimes leading the way, facing the incoming storm. 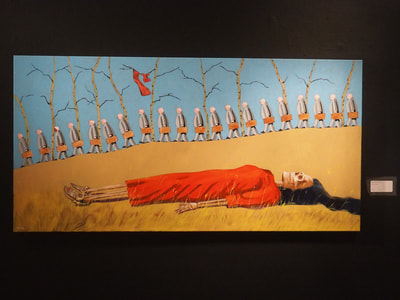 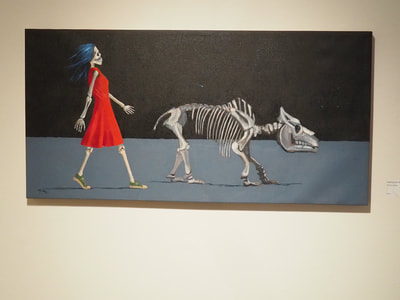 The Sage Awards, presented by Servus Credit Union, recognize and celebrate the contributions and achievements of seniors in Greater Edmonton. Be inspired by seniors who work tirelessly to make our community, province, nation and world a better place to live, work and play.

​Mufty Mathewson’s lifelong passion has been storytelling and capturing life in her photography. She raises awareness about social issues, vulnerable populations and overcoming disability through her artistic talent, passion, and compassion. As a born leader, Mrs. Mathewson has been inspiring others with her energy, creativity, broad-reaching interests, skills, and sensitivity around many of her passions. She sees unexpected opportunities to use photography to educate and capture fleeting moments or to create commissioned portfolios of work. Mrs. Mathewson uses her talents to improve the lives of others and make an imprint for social change. Her latest work is the local REdress Photography Project, raising awareness for the 1,181 Murdered and Missing Indigenous Women. The impacts of her contributions have been felt locally, provincially, and internationally. Mufty Mathewson leads by example with profound sensitivity to the needs of others. Using photography, Mufty captures and celebrates life.